If you’ve been walking The Crooked Line with me for awhile, then you know that what I call “Heretic School” is more widely known in our popular culture as “Bible Study.” Maybe one of these days I’ll settle into calling it by its popular name. I did, after all, settle into calling myself a Christian after many years of running from and then wrestling with myself. 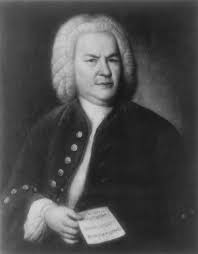 But I really love “Heretic School,” both the name and the practice of it. During the odd numbered months, at 7:30 in the morning on Tuesdays, we gather for Heretic School in the Emmanuel Room. That’s right: the God-With-Us Room. A large portrait of Bach watches over us from one wall. He looks a little like he’s sucking on a cough drop. Or a lemon. Mostly, I think his expression is a warning that the soundtrack for the path we’re on is less like the predictable, sing-songy “Jesus Loves Me This I Know,” and more like the difficult, cell-rearranging Passacaglia and Fugue in C Minor.

Generally, the passage we discuss at Heretic School is the Gospel reading for the upcoming Sunday as outlined by the Episcopal Lectionary, which is a riff on the Revised Common Lectionary. For the past three weeks, we’ve been working our way through the 10th chapter of Luke, the very heart of this particular evangelist’s telling of the Jesus story.

Two Tuesdays ago, we worked on the story of the Samaritan who helps the beaten and robbed man by the side of the road. Last Tuesday, we took on the story in which Jesus appears to praise Mary at Martha’s expense.

Being the contrary Bull-girl that I am, reading these uber-familiar stories makes my brain paw the ground and snort in the face of what centuries of preaching and teaching tell us they’re about. I have no patience for how these stories, or any Bible stories for that matter, get used. What I want to know is how can the stories use me? That’s much rockier territory, and I love a good scrabble over uneven and uncertain terrain.

The reason I’ve said, “Okay, I’m in.” to Christianity is because I want my assumptions to be challenged. It occurs to me just now that the appeal of “Heretic School” for me, the reason it turbo-charges my Tuesdays in odd-numbered months, is because what I come to this particular well for is to strip away the importance of Believing so I can focus on Beloving.

What I noticed in the story about the Samaritan this year was Jesus’ reminder (from Leviticus 19) that the way to be one with Love (which is how I make sense of the notion of “eternal life”) is to show mercy by loving your neighbor as yourself. It’s not selective mercy, parceled out to people we already know or whom we already love. It’s mercy to anyone and everyone.

The words “neighbor” and “mercy” rolled around in my head all week after Heretic School on Tuesday, July 9. So when I woke up on Sunday, July 14, to the news of the Zimmerman verdict—which did not surprise or shock me but rather made me feel sick and sad—I thought, “Shit. The story of the Samaritan is challenging me to show mercy even to George Zimmerman.” Shit indeed. What in the world would it look like to show mercy to maybe the most notorious and least neighborly Neighborhood Watchman of all time? How do I show mercy to someone who believes it was God’s plan that he kill Trayvon Martin?

I turned all this over in my head and thought, “Ugh. I hope I never meet George Zimmerman.” In fact, I don’t even want to know anyone like him, much less show them mercy! But of course I already DO know people like him—people who are very afraid of others who are different from them and think that guns will protect them. Or people who are very afraid and think that mass incarceration will keep them safe (see The New Jim Crow). Or that keeping poor people out of their neighborhoods (or their churches) will keep them safe.

With all this rattling around inside me, I took the plunge today and showed mercy to a guy who told me at least 20 times that he spent 25 years in prison for things he will only hint at. He’s probably a lot like George Zimmerman—suspicious, fearful, with a violent streak (though he insists he’s “not like that any more.”) We went for coffee and I gave him some money. The whole hour we spent together felt incredibly uncomfortable and slightly crazy. When I handed him $60 fresh from the ATM to help him get through the next nine days until his Social Security check arrives, his eyes popped and his mouth fell open. He sputtered, “I promise I’ll pay you back.” I told him I didn’t want him to pay me back; I want him to help someone else out someday. He said, “But I don’t know anybody good besides you and [PW].” I said, “Well, the person doesn’t have to be good. They just have to be someone who needs help you can give.” “Yeah. Okay. Well, God bless you,” he said as he hugged me and gave me a kiss on the cheek (which I accepted, despite feeling queasy).

Now, I know I can’t be giving 60 bucks to everyone who begs from me (though I usually give something). But while the details of this particular mercy are not sustainable, the posture and the intent can be if I stay connected to communities that support me in it. Which is one of the reasons I go to church. I don’t know if there’s a god, but I know what it feels like to love and be loved back, and I know I feel like a better version of myself when I lean into that. And I also know that I need mercy every bit as much as the guy I had coffee with today.

Yeah, we all could use a little mercy now
I know we don’t deserve it but we need it anyhow
We hang in the balance dangle ‘tween hell and hallowed ground
And every single one of us could use some mercy now.

Posted in Life in General, Religion/Spirituality

We who believe in freedom

This song has been in my head all morning. I also recommend reading the following people’s takes on the Zimmerman verdict: Ta-Nehisi Coates, Jelani Cobb, and Andrew Cohen. Turn off the TV and read, people. And listen to music. And figure out what your personal contribution is, and will be, toward making the world a more just place for all. And then find some people to work with and get out there and get busy.